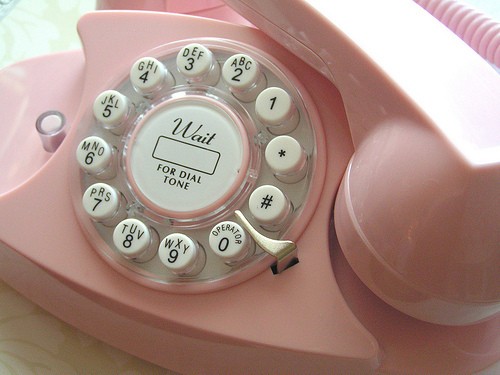 As I read through the recent feedback from the Classy & Fabulous survey, some of you expressed that you would like me to share more about my experiences regarding my long distance marriage.

When this journey began, I had actually planned all along to share an update around the six month mark, I didn’t want to share too much more in between at the risk of boring anyone that wasn’t interested in those details. If you’re a new reader and this is all news to you, here is the {original post} where I mentioned our decision.

What I’ve learned from both the sweet readers that commented on my original post and through the survey response comments is that I am not alone. There is something very comforting about knowing that my experience is shared by others. Many of you are going through something similar as one of you persues higher education, a new job or have a spouse off at war and can relate to long distance love.  Sometimes it feels as though, while others try to be sympathetic, that nobody around you really relates to what you’re going through, so the blog world has been a blessing as I’ve got to ‘meet’ other women who share a similar story.

We reached the six month mark today which means hubby will come home again for spring break and then in  3 months so we can share the summer together again. I’ve learned a lot about myself and our relationship in this short time and I still can’t believe how quickly the time has flown by! It’s gone by a lot faster than I imagined but buckle up, this is a long post!

Where do I begin? During this journey there have been soooo many different emotions I’ve experienced on an almost daily basis and decisions that I’ve questioned many times along the way too. It’s definitely been a learning experience and a time of growth for both of us, as a couple and as individuals.

Before I was ‘on board’ with the idea, it was Paul’s idea alone. He was looking at schools in many states and countries, while he ended up choosing NYU, one serious consideration was a school in England, although at that time I had no idea how seriously he was taking the idea of getting his Masters Degree. It began with him searching online then requesting information packets from multiple universities and applying for scholarships, once those started coming in, we had to sit down and have a serious ‘family discusssion’. While I was open minded to the idea, I was somewhat resistant initially. I knew we’d be taking out school loans which would be a financial burden, I also knew the inevitable move would be a factor. 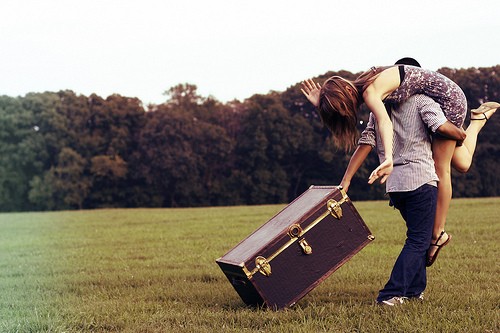 In my mind, moving here was already an adjustment and I didn’t know if I wanted to go through all of that all over again. I really wrestled with feeling as though he was being selfish when we still had other dreams together like starting a family that had already been put on hold long enough (at least in my mind-thanks to my loud ticking biological clock). I also tried to see it from his perspective and then felt like I would be the selfish one if I were to hold him back from perusing his goals and dreams. This was never something that we had discussed prior to getting married. Because we had both gone to school already and had degrees and Paul held a couple already, I had always expected that we’d continue to learn and grow on our own and as a couple by taking various courses and programs but I never envisioned a big move or a long distance relationship after the one we endured while dating. I think I was reacting more to the instability which would once again take me out of my comfort zone.

At that time, I weighed the pros and cons and considered the current state of the economy and where we were at and where each path may lead: having him stay and continue to work here or going for the Masters Degree to have many more opportunities and a chance to do something different that we both knew he would enjoy. I thought back to how he supported my decision to start my interior design business once I moved down to Florida knowing that it wouldn’t immediately bring in income the way that a full time job would. I also remember going for a walk with a close girlfriend one particular morning after the decision was made, I listened to her excitement as she revealed that she and her husband were going to begin ‘trying’ for a baby. I remember feeling so thrilled for her but inside I felt a little sad knowing that for us, that dream would be put on hold once again. After everything was set in motion and Paul left for NYC, I spent all of my time focusing on my business, blogging, the odd day out with my girlfriends, caring for our home and yard and basically filling my time with projects so I wouldn’t have the time to notice he wasn’t around. I kept telling myself that he was just away on a long trip. It actually helped. From the beginning we’ve tried to speak daily late at night before bed so each other’s voice is the last one we hear. We began writing each other cards like we used to and I sent him a couple care packages as a surprise when he first moved into his new apartment.

Holidays have been so much more fun and something to look forward to when he comes home or we meet somewhere like we did when we were in South America during Christmas. Seeing him, hearing his voice, feeling his arms wrapped around me always feels familiar but new all at the same time. Where previously seeing each other everyday wasn’t a huge celebration per se, now we cherish those times and make special plans during the days we can spend together. It’s taught me to take in every moment and hold onto each in a greater way, because everyday is a gift. I learned a greater respect for time in general and actually feel guilty when I’m not a good steward of it or waste time doing something frivolous. 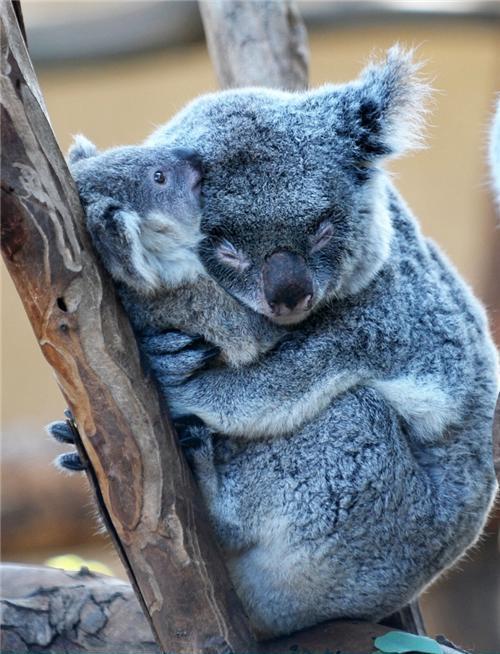 Six months in I feel at peace. I’ll admit, there are benefits to living alone, things that I missed when I got married and we moved in together. For one, we were sharing a car beforehand and now I have it all to myself which is a huge luxury. The house is always quiet, peaceful and clean which is a nice bonus. I can play music in the background while I work without worry about distracting hubby whose home office is next to mine. Those are just a few, and while they are nice, I’m always aware that they don’t compare to cuddling, kissing and sleeping next to my honey. I’m gladly willing to trade it all to have him back.

Although we’re not there yet, I’m still excited about the prospect of children but for now my mind is focused on what I can accomplish that I’ve always dreamed of in the time that Paul completes school. Really, in an odd way, it’s a gift that we’ve been given. We’re both very independent people and the time to focus on ourselves, growing, learning and achieving our dreams, even if we aren’t right beside each other every day or every step of the way, is a blessing. If you had told me that six months ago, I would have called you crazy. There are things that I’ve been working towards for a while that would not be impossible, but much more difficult to accomplish, once a child enters the picture. I can’t help but view this time as a gift that God has given me, maybe a last chance if you will, to be completely selfish and indulgent before giving my everything and a great deal of my attention to our future children and to Paul once he’s back home. 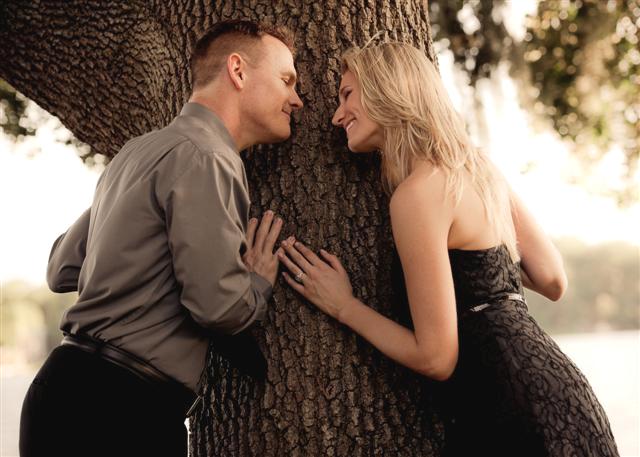 In taking on greater responsibilities, like being responsible for earning extra money and new tasks around the house, I have also come to respect my husband in a greater way for things that I may have taken for granted before. He is the chief leaf raker at our house and he was almost always was the one to take our car in when it needed an oil change or to be serviced. It’s in those moments that I’m reminded of the little things that mean so much and help keep everything running smoothly. I have come to love and appreciate Paul in a greater way without him even being here. He is taking on more responsibility as well and while this was a sacrifice for me, it’s also a big one for him too as he left the comfort of his own home to live in a tiny apartment away from family and friends and everything familiar. He knows this is what he signed up for and although challenging at times, I’ve rarely heard him express frustration. 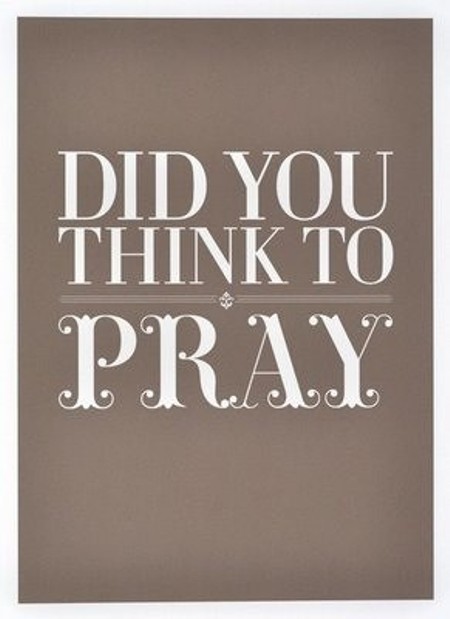 This time has also forced me to trust God in an even greater capacity and lean on Him more as my source for everything-finances, opportunities, resolving day-to-day ‘stuff’, strength and patience.  In every way He has shown himself to be a provider, faithful and strong. I have really enjoyed taking little breaks from my workday and sitting in any room of our quiet home to pray, be still or listen to music and worship Him without interruption, being grateful for all that I have, even if things weren’t exactly the way I hoped, expected or planned.

That is the biggest lesson really. No matter where we are, what we planned on, what we’ve dreamed of vs. what our reality is at this present moment, we are never alone, He is always with us and we are always exactly where we are supposed to be, even when we want to fight it every step of the way. He has big plans for us, if we would just be willing to embrace them and trust.

“For I know the plans I have for you,” declares the LORD, “plans to prosper you and not to harm you, plans to give you hope and a future.”

Thanks for reading! I hope you’ll stop by tomorrow for a fun giveaway to kick off the month of March. If you haven’t shared your feedback via my blog survey, I’d love to hear from you {here}.

Has anyone else had a long distance relationship? What is the biggest lesson you learned from it?