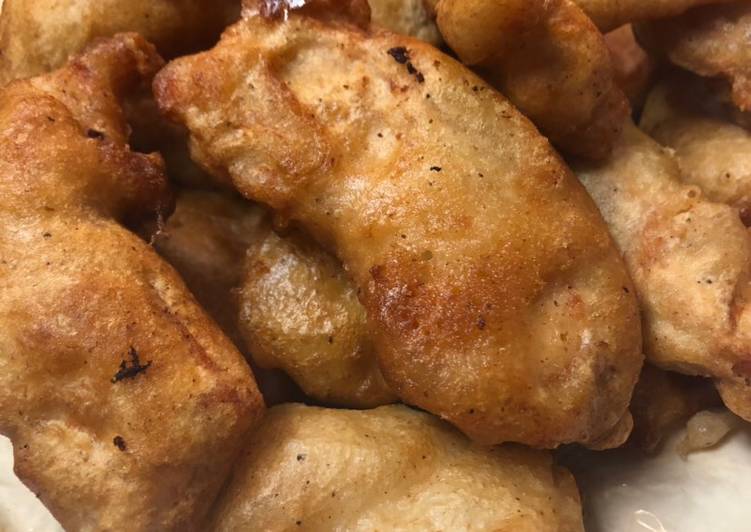 Say beer batter and I always think fish and chips. But, since we're already making chicken nuggets from scratch (pats on the back all around), we don't need to make French fries, too. Let chicken chunks stay in the batter until you are ready to fry. Heat shortening, lard, or cooking oil in a deep frying pan or dutch oven.

Enter these BBQ beer battered cauliflower nuggets. They're kind of like the chicken nuggets we all loved as kids…just made the vegetarian way. And most importantly, they're so delicious. Think extra saucy, tangy, sweet, and spicy. And served with a creamy honey mustard that's flavored with BBQ seasonings…SO GOOD.