Emahs easy chicken dumplings. This chicken and dumplings soup is super easy to make thanks to Pillsbury™ biscuit dough, but you can make it even easier! The recipe calls for cooked chicken; instead of cooking the chicken yourself and taking the time to shred it, pick up some shredded rotisserie chicken from the grocery store so all the prep work is already done for you. Make soup: In a large Dutch oven over medium heat, heat oil. 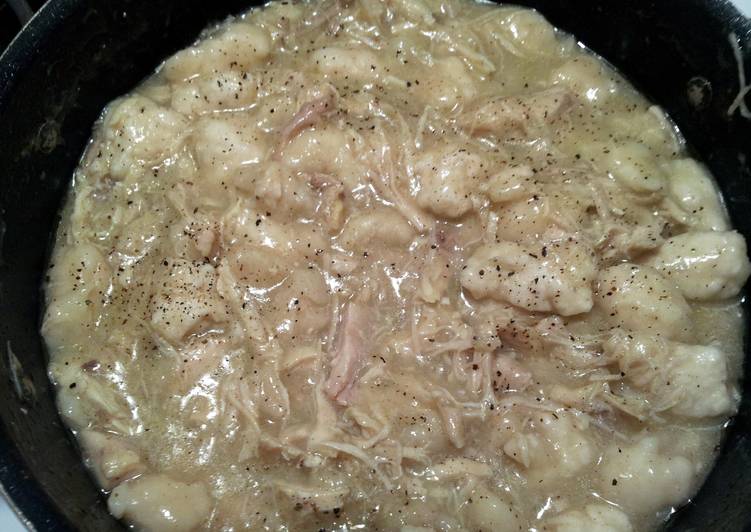 Keep the chicken wings, backbone and other parts for making chicken soup or chicken stock. If using only chicken legs, divide the legs and the joint. Cook your chicken if you are not using pre-cooked. You can have Emahs easy chicken dumplings using 7 ingredients and 11 steps. Here is how you achieve it.

Cook – In a pan, cook the veggies and stir in the flour, evaporated milk and chicken stock. Bring to a boil and add the chicken and seasoning. Make the dumplings – Whisk together the dry ingredients and then stir in the wet to form the dough. Place chicken in pot and bring to boil over medium heat.

Continue cooking until chicken is no longer pink inside. For dumplings, in a large bowl, combine the biscuit mix, thyme and nutmeg; stir in milk and remaining parsley just until moistened. To the soup base, add the coconut milk and lime leaves. Bring to a boil, then lower to a simmer. Taste and adjust seasoning with salt, pepper, lime juice and sugar.